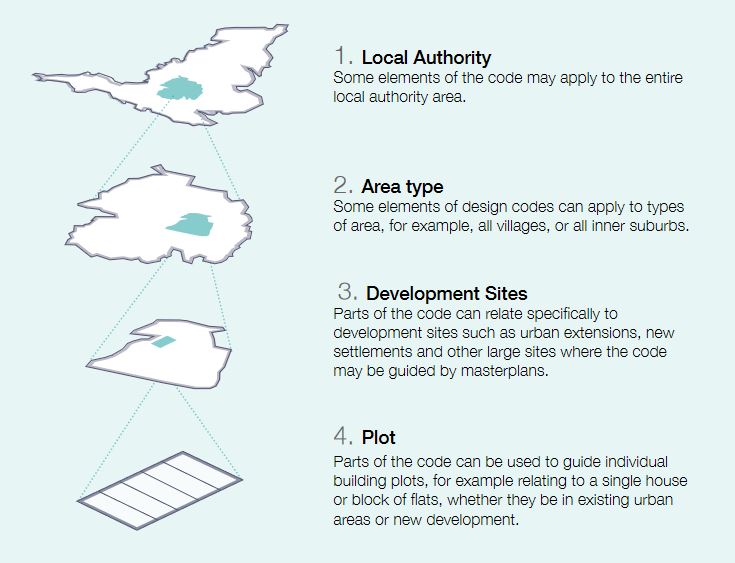 Following the recent publication of the revised National Planning Policy Framework (NPPF)  and updates to the National Model Design Code (NMDC) , MHCLG have announced that they are now looking to work with a further 10 local authorities to develop exemplar local design codes with support from the emerging new Office for Place.

Earlier in 2021, Hyas provided support to Sefton, Mid Devon and Colchester/Tendring in successfully bidding to become 3 of the initial 14 pilot projects. Our team has developed a thorough understanding of the National Model Design Code and it’s application in a range of locations and settings. Working closely with the respective Council’s, each of the pilots has made excellent progress having now reached the half way stage of the 6 month pilot programme.

The pilot for Sefton MBC focuses on Bootle, where an Area Action Plan (AAP) is being prepared to help regenerate the town and its environs. Following initial stakeholder engagement, our team (supported by OPEN and BE Group) have now drafted a design led vision for the Bootle Area and have agreed to focus on producing area guidance for the Trent and Mersey canal corridor – recognising it as a major placemaking feature and area of change. Work is complete on a character analysis of the canal corridor, with OPEN now developing design material for a public consultation series as part of Stage 2 of the pilot.

At Mid Devon, Hyas have been working alongside our Associate David Hawes to create an engagement strategy for the pilot Design Code process and also engaging with Officers and Members to support the production of an overall vision, sub area visions and the identification & prioritisation of key drivers. The next stage of work will involve the development of coding plans and area types (supported by Hilton Barnfield Architects), and continuing to engage with Officers, Members, and community representatives

For the Tendring Colchester Borders Garden Community project, we have worked with the Councils to put in place a range of community engagement activities to help evolve a vision and objectives for this important site to the east of Colchester. A thorough understanding of the baseline context and character is being assembled with support from Prior+Partners – as urban designers appointed by the Councils to lead the preparation of a masterplan as part of evidence gathering for a site specific Development Plan Document.

Our involvement in the NMDC programme has provided an unrivalled insight into the process and issues involved, with our team working closely with Officers in the Councils involved to implement the approach successfully and efficiently. If you would like to talk through what is involved or require direct support in preparing an Expression of Interest for the second round of NMDC pilots, and potentially to then implement the process on the ground please contact Steve Hill, Paul Brockway, Rob Smith or any of our wider team.

About the Author: admin