David is an experienced urban designer and masterplanner. David has worked on behalf of Local Authorities and the private sector and is able to advocate both perspectives.

David has experience of placemaking in the context of large-scale masterplans, design guides, town centre masterplans and regeneration strategies and has been involved in the ongoing assistance of the delivery of major development and its integration with existing cities, towns and communities. This has included roles supporting Gloucester County Council and Plymouth City Council in bringing forward major urban sites in multiple ownerships and the delivery of strategic growth and placemaking for the cities.

David is an urban designer who has recently led Hyas work to prepare a masterplan for Axminster and placemaking studies for the Royal Borough of Windsor and Maidenhead. He has previously worked on behalf of Mid Devon District Council preparing design guidance for the delivery of the Tiverton Eastern Urban Extension. David is currently working with Exeter City Council and Homes England developing a Toolkit for Future Placemaking which is the means by which new and innovative housing and public realm design can be delivered. Through this and other work David is actively engaged in equipping Local Authorities to make firm steps towards net zero carbon and developing strategies which attend to this challenge which are as much about placemaking and creating liveable neighbourhoods as they are about climate change mitigation. 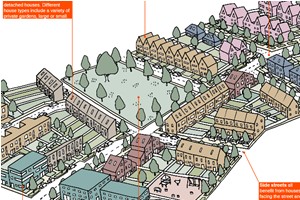